The Ridiculous Redhead > Before & After > Vintage Wood Folding Chair

I recently told TB that I would take a break from finding furniture to bring home.  While I was pregnant I apparently had really stocked up and there are piles of ugly furniture everywhere.  I promised to get through some of the back log I have acquired.  I can’t make any money on furniture that isn’t finished or listed for sale.  I also can’t use the sunroom we love for the summer unless I get my act together.

For the record I have held to my word for the most part.  In my head I felt the agreement meant that I wouldn’t bring home any more furniture for the business.  The great deal I got on my new office chair and the storage bin for all the garlic and shallots we are going to harvest soon totally didn’t count. And I did get a great deal.  And TB couldn’t have minded much since he picked them up for me.

My inventory of pieces consisted of some pieces I love but will probably never make my money back on and pieces I wasn’t sure what I was going to do with.  The vintage folding chair was in the later category.  I had picked it up when our friend who married us was having a garage sale.  It was right before the wedding so I got a good deal.

I thought this little chair was great.  It is solid wood Stakmore chair and frankly made better than most of the stuff being sold today.  But it was ugly and in bad shape.

The finish was barely there in most places and the stain had a terrible red hue.  As you can see the upholstery was just wonderful with the dated, ripped green vinyl-like fabric.

I had originally thought this would work as a chair to an antique vanity I was using as my desk.  The seat was just a bit too wide to push under so it was out.  We ended up changing the office around and are now using a big table as a partners desk so I guess it worked out for the best.  (Plus I got to buy that new office chair!)

So what to do with it?  I had thought since the lines were pretty straight I could strip it and restain.  Once I started sanding I realized that the current red stain would pretty much take over everything I tried to do with it unless I got absolutely every crevice cleaned up.  When there are spindles and cross pieces where stain has seeped into joints, the job is much harder.  Since I didn’t want to spend my entire life on this chair (see the Rococo Chair), I decided paint was best.  I was worried about the multiple coats of latex I might need interfering with the folding mechanisms and making a mess.  So I went with chalk/clay paint.

Oh yes, I hear all of you reminding me of how I don’t like chalk paint.  How I only recently complained about using it.  Well, I guess everything has its purpose.  And the right color helps a lot.  I chose CeCe Caldwell’s Beckley Coal, which is black.   It covered very well without all of the ‘distressing itself while I would apply the second coat’ problems I’ve had before.

I am also becoming a big fan of the CeCe Caldwell’s wax.  I think it gives a great warm, honed finish on the black paint instead of the poly which sometimes appears to sit on top of it.  Although I haven’t tried a lot of different waxes, I really like CeCe’s because it’s not toxic and it easy to spread.  I also like how much easier it is to fix if a piece gets scratched.  I’m not mentioning names but someone might have scraped up the paint on one of the legs because he/she was cranky and in a rush.  It was a lot easier to fix than if it had been poly.

After  some new upholstery with reclaimed fabric I rescued (which could be vintage considering the source) it all came together. 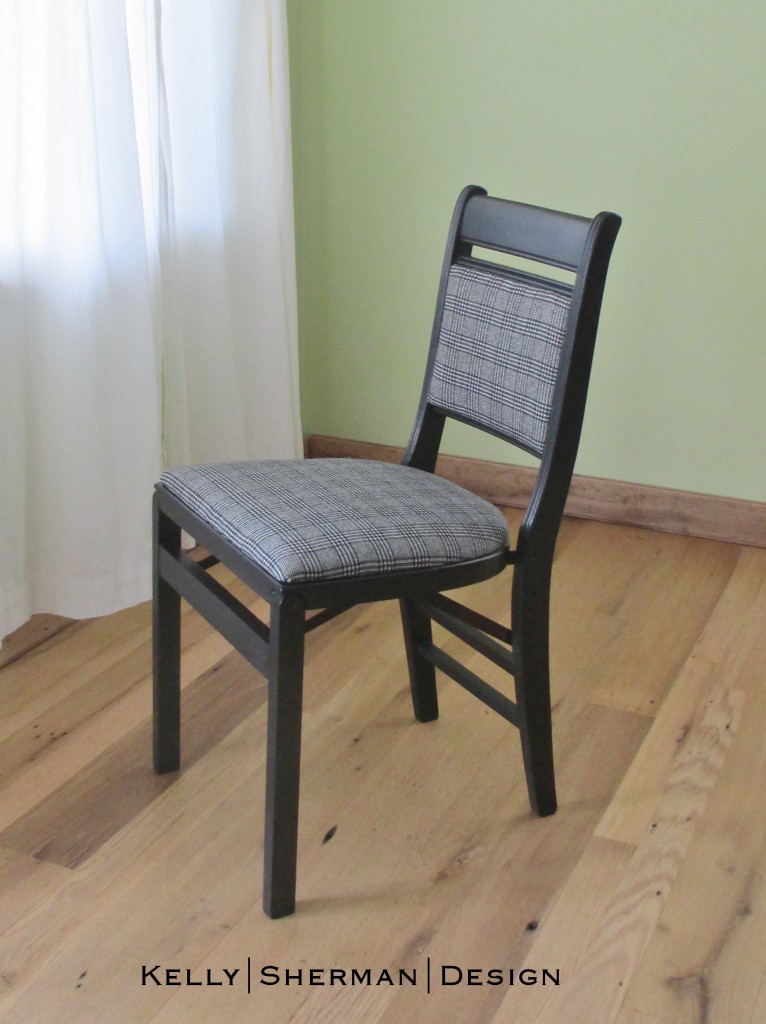 And a shot of the back.

And the best part: it folds!  I love that it’s a really nice chair that is super convenient.   No cheap plastic folding chair here.

If you like this one as much as I do, head over to the shop where it is on sale. 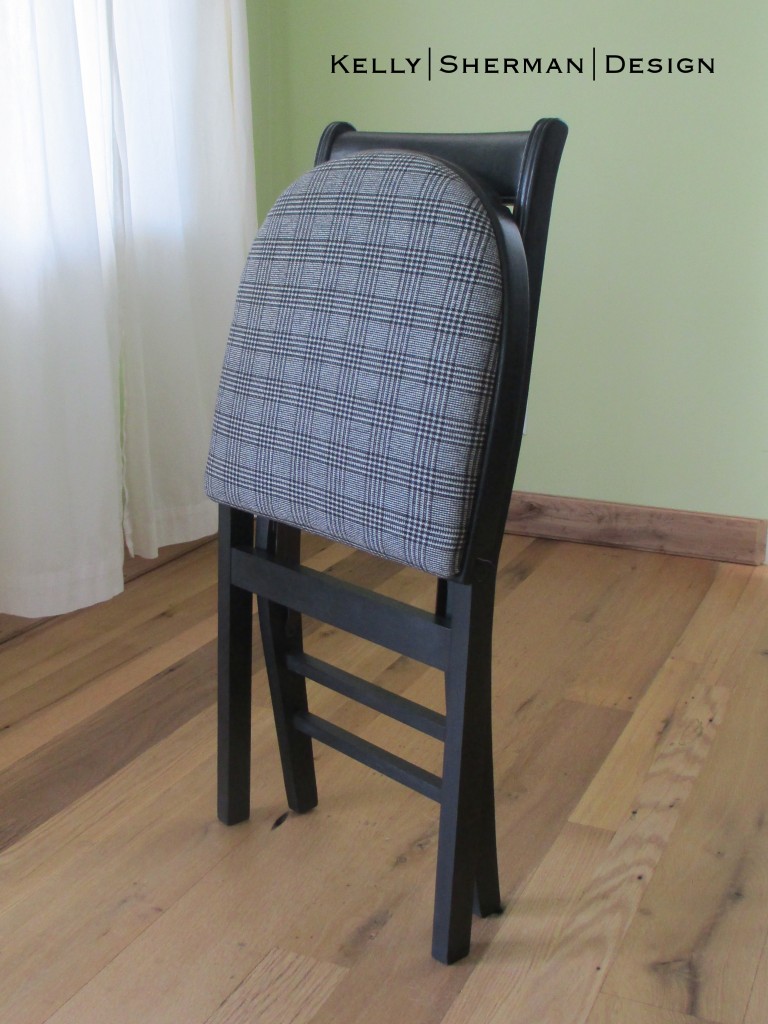