The Ridiculous Redhead > Before & After > Dining Chairs Makeover

As I have mentioned, I am getting back to business.  You may have noticed that there are a lot more blog posts.  There are also a lot more projects being done.  It’s so nice to work.

And in this vein I have for you today the first custom work I have done in a while.   I got a call from an awesome woman who I instantly liked.  She was referred by a friend of mine I had done some work for, which is the best compliment.  Her family had just moved into their new house and wanted to revamp their dining room chairs to match the new kitchen.   Since she was interested in painting the chairs black I brought some samples and also the Vintage Folding Chair!  I had just finished it and figured the best way to imagine what her chairs would look like was to the see the finish in person.

Here are the chairs before.  There are 6 altogether but for ease (space on my part and having somewhere to sit on hers) I took 3 at a time.  (Note the softball that Opie brought me!  He really wanted me to play, not work.)

Since the chairs had some carving and there were spindles, I thought it would be faster to spray the paint on.  I don’t mean the toxic paint in the can with the toxic propellants.  I mean using ecofriendly paint in a paint sprayer.  In this case I used CeCe Caldwells Beckley Coal in the sprayer.  You do need to use a respirator mask because even though its not toxic, you don’t want paint up our nose and in your lungs.

The seats of the chairs are a straw like material that was also to be painted black.  It worried me a bit that the paint would make it mushy so I spot tested in a hidden spot.  It’s really important not to just barge on ahead and ruin something that isn’t yours.  Once it didn’t look ruined I sprayed the seats too.  Lights coats are the key and some brushing to get into the grooves.

Spraying on the CeCe’s paint really gave it a smooth finish.  It’s something I struggle with when brushing it on but this was beautiful.  The grain of the wood really comes through which I thought was awesome.  After, I waxed and buffed to seal everything.  I think I forgot how much arm work that would be.  I pushed myself to finish at least 2 of the chairs somehow forgetting I would then have to go upstairs and carry around an almost 7 month old child afterwards.  Note to self.

So here is one of the finished chairs. 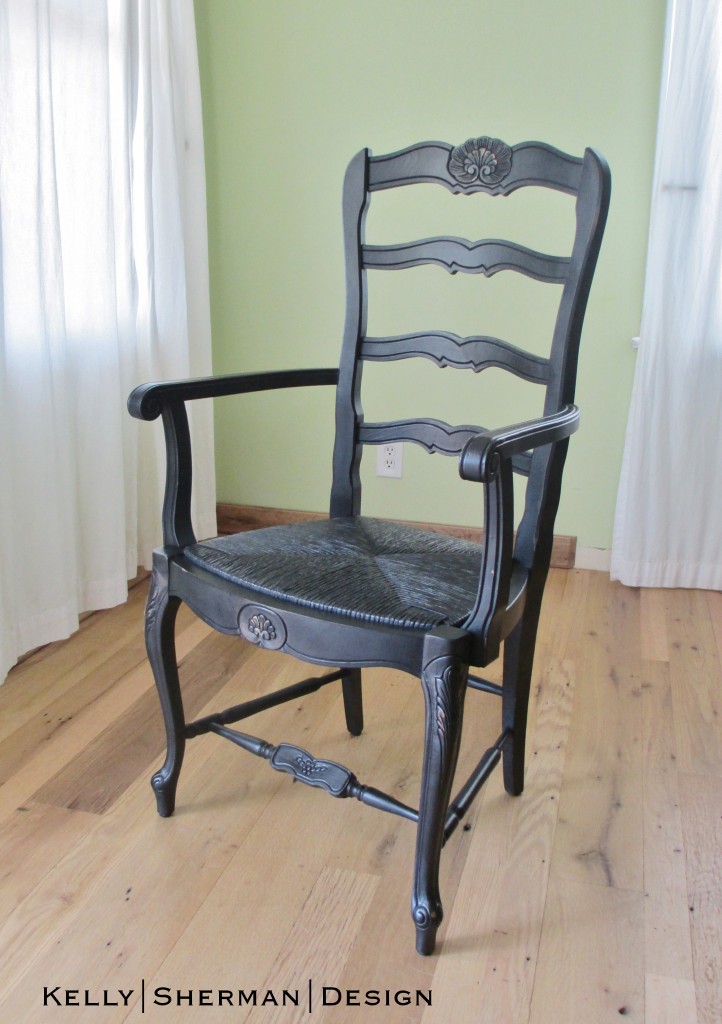 She had requested lightly distressed which I liked in this case.  I really tried to pick spots that actually could have been worn by use.  It will also make it easier if the kids beat them up a little since it will blend in. 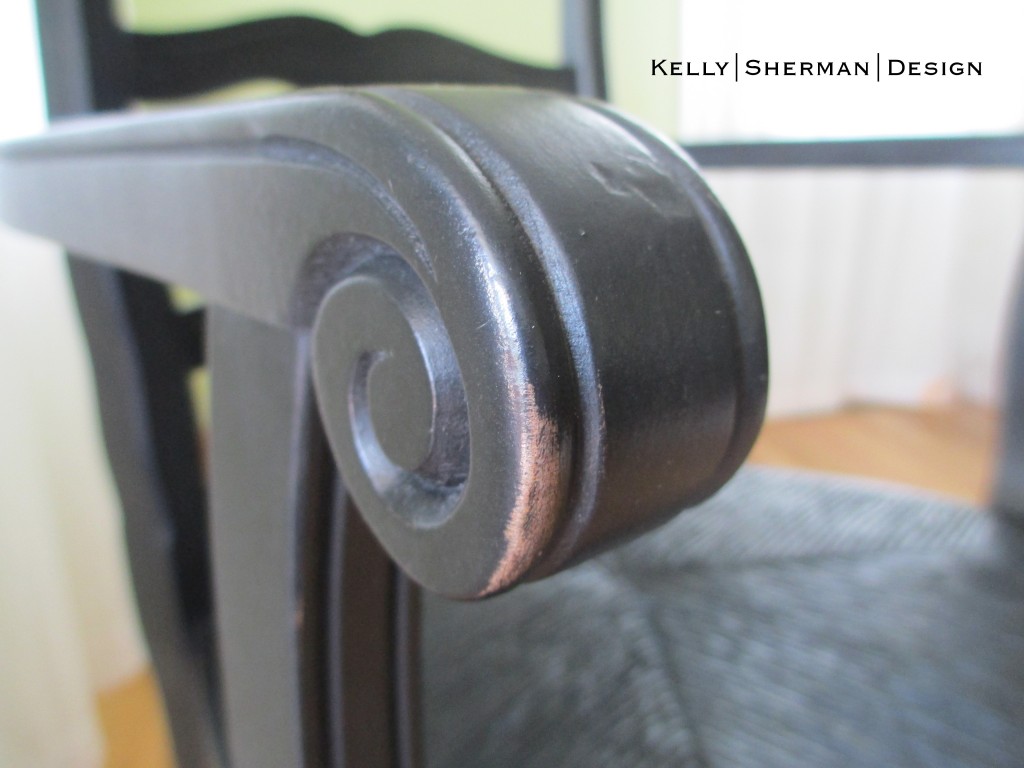 Here you can see the wood grain showing through the paint/wax. 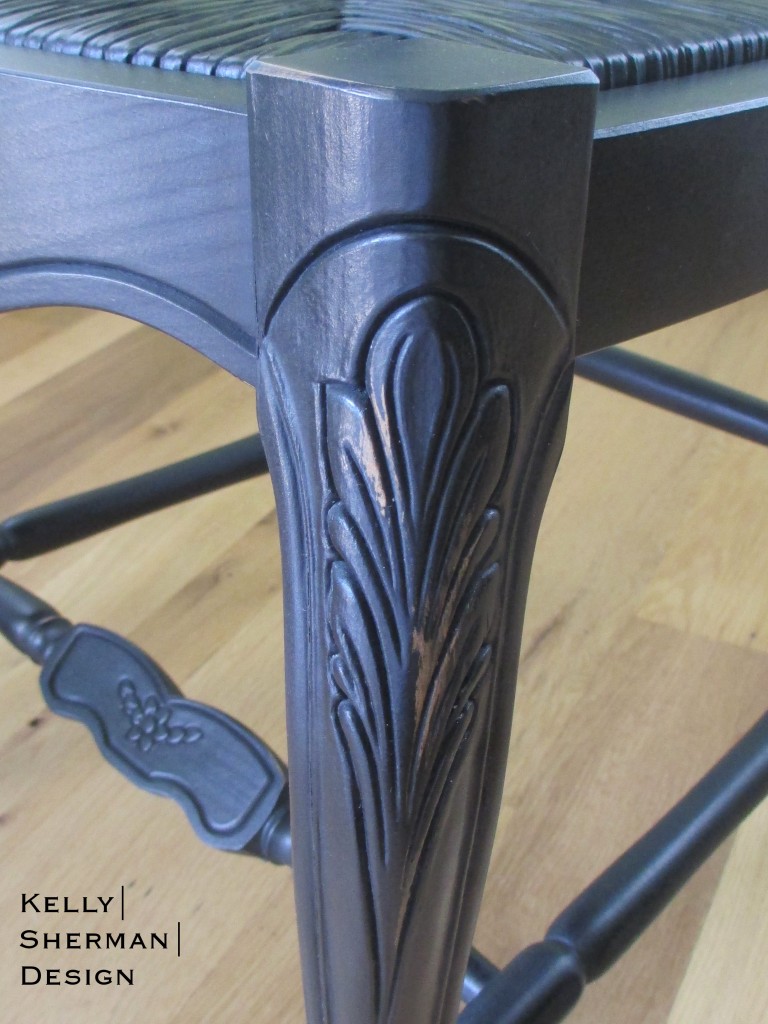 I usually don’t breathe the entire time I am delivering finished work because I am so scared of anything going wrong.  At least with these chairs I was confident she would like them.  (She did!)

Place of My Taste