The Ridiculous Redhead > Before & After > Pineapple Dresser Makeover

Way back last summer I picked up a dresser.  I even told you about it here as part of a post on new found furniture.  I called it the pineapple dresser because of the cool hardware.

I sanded the dresser right away and brought it back inside.  And it sat for a long time.  It kept getting bumped for other projects.  Then it got moved down to the shop where I decided it needed to get done so I could sell it and make more room.  It received primer and paint but wasn’t quite finished when I started all the furniture for Habitat for Humanity.  And the poor thing got bumped again.

I had made a mental note to get it done when a friend of ours came to our house to see some baby stuff we had.  She is pregnant and interested in cloth diapers and wanted to see what they looked like in person.  As I was walking through the basement looking for some baby thing she mentioned that she was still looking for a dresser for the nursery.  I walked over to the pineapple dresser and lifted the drop cloth.  She was sold!  It was the easier sale ever.  I didn’t have to take a million photos or list it!

So as a refresher, here is the before. 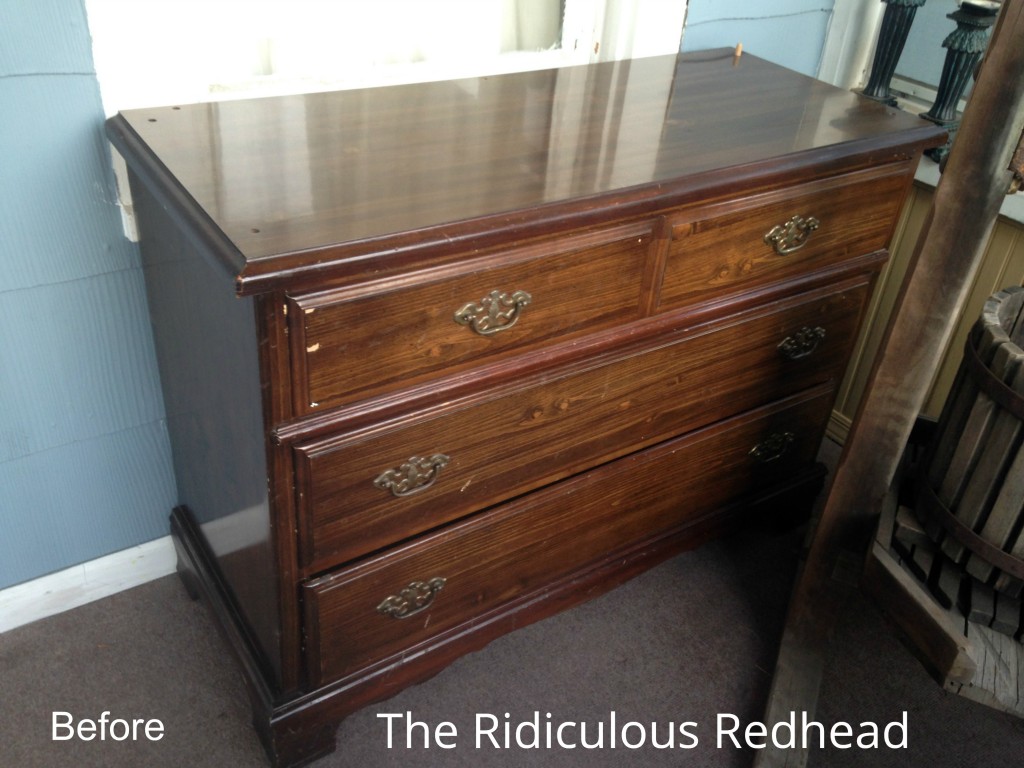 I think this little dresser was pushed off so many times because I never really got a feel for what I wanted to do.  For awhile I thought about adding a stencil design to the top but it never happened.  And I’m glad because although I rarely do it, sometimes somethings just needs to be painted white. 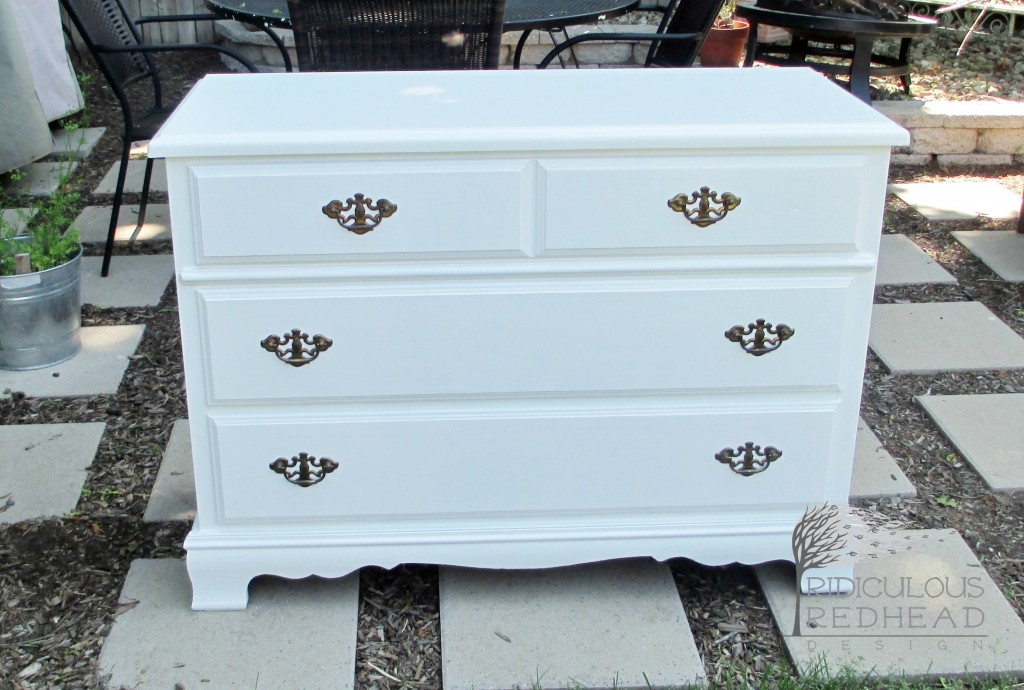 (As you can see I snapped a few photos on my patio before they picked it up so please excuse my parsley going to flower in the background.)

I had also struggled with what to do with the handles since I thought the pineapple part was great but I wasn’t so sure about the brass color.  But again simple worked out best here.  I cleaned them well with some lemon juice and a soft toothbrush and then waxed them a little.  That’s it.  My friend wanted something older instead of something cheap (but expensive) from a big box store.  So the worn handles kept that feel even after the rest got a new coat of paint. 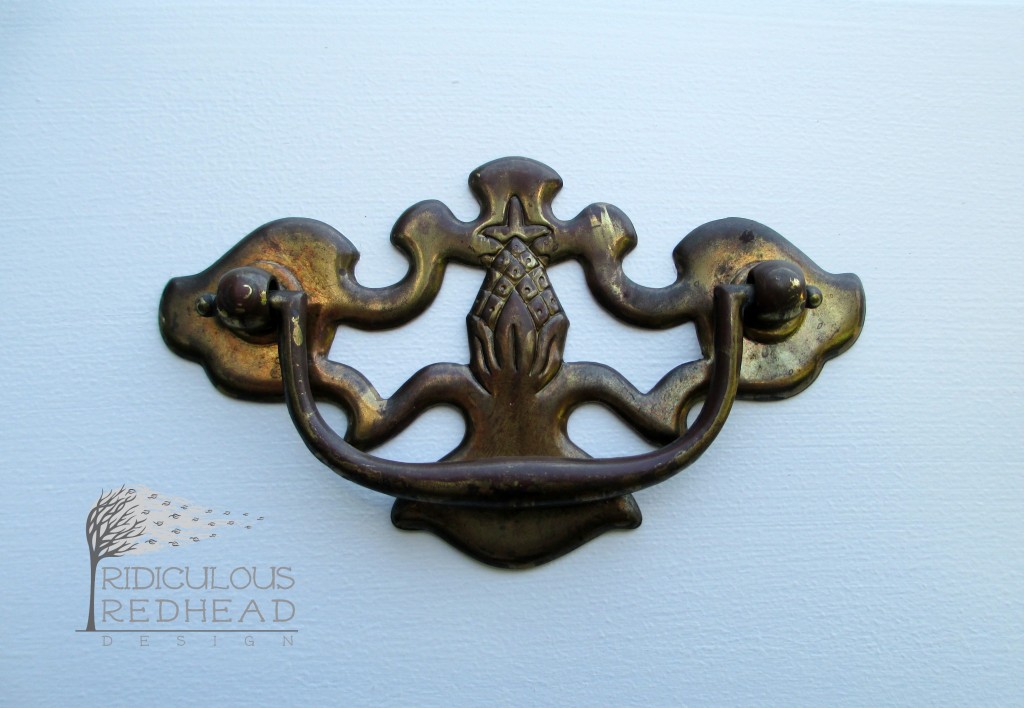 I used Safecoat Paint on the dresser.  It’s a really eco paint that is made for people with chemical sensitivities.  It kind of smells like yogurt when it’s wet.   And it’s perfect for a babies nursery when you want to avoid the toxic chemical off gassing of most of the mainstream paints on the market.

I was so excited to have a little space in my shop.  But me being me, I have already filled it.  There is an awesome antique oak dresser, a desk and another desk already in line.  I really need a bigger shop.