Opie is a bad dog.

The Ridiculous Redhead > Opie the Mascot > Opie is a bad dog.

Last night we went out to start our wedding registry at an in store event.  We followed that by going to a nice dinner where I had a delicious cocktail.  I was in a great mood on the way home.

We walk in the door and Opie is running to the backdoor.  I figure he has to really go and didn’t think about it.  I put my stuff down and turn the living room lights on.  This is what I found. 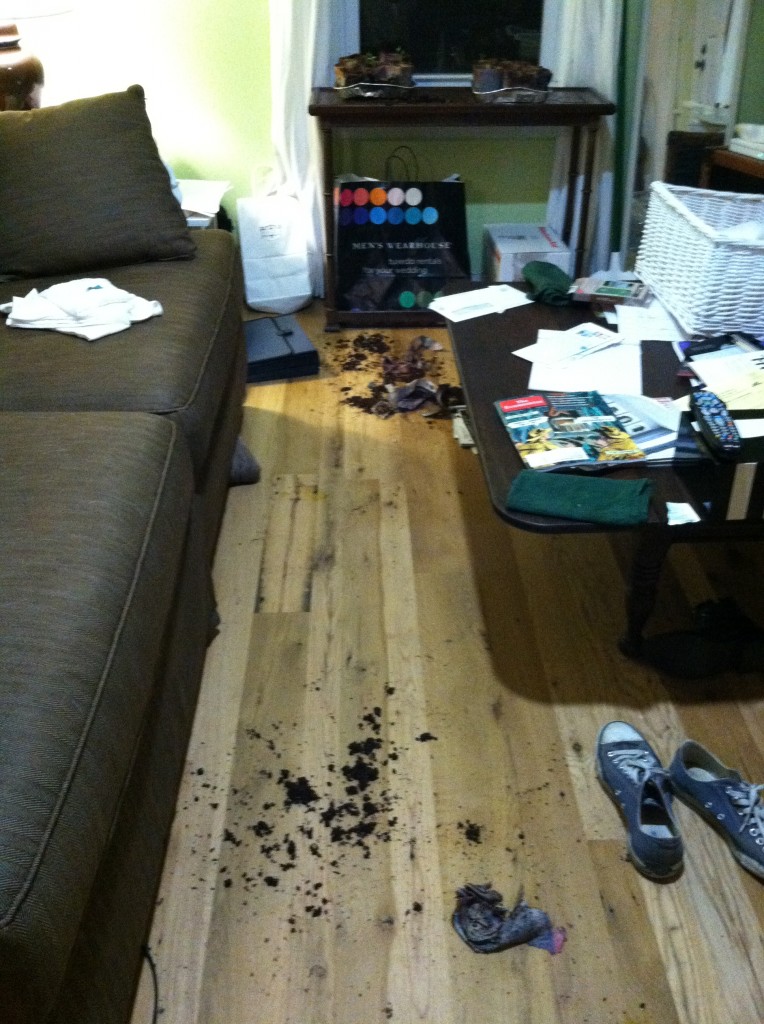 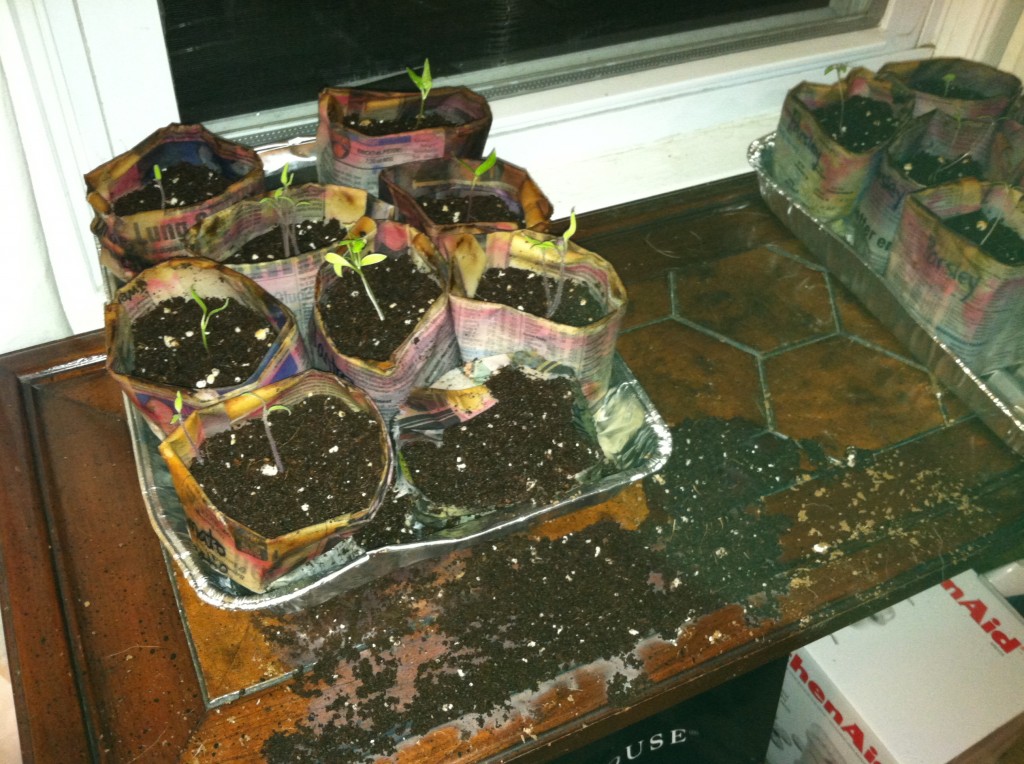 I was flabbergasted!  My beautiful seeds were strewn through my living room!

I tried to do a head count and it seems he got a parsley, the dead cilantro and a tomato.  He has been pushing it lately like any other teenager but I couldn’t understand why he would do this.  I mean these things have been sitting here for a month and he hasn’t bothered with them.

When I was mixing up the fish/seaweed food, Opie was following me around everywhere.  Dogs like rotting dead things so this was really up his alley.  I had taken dirt and plants which he usually wouldn’t care about and made them smell like rotting fish.  I may as well have  smeared peanut butter all over them.

TB went to get the dog, who didn’t think it was such a good idea to come inside, so it took a few minutes.  As much as I wanted to kill him, we don’t beat Opie up around here, but there would be some yelling.  TB walked him inside and before anything happened, the Opster peed on the floor.  He knew this was bad.

Then we realize that this had probably happened hours before.  That meant that the wet soil was sitting on the leather and wood table that had been TB’s mom’s.  I could buy new seeds, but TB couldn’t buy a new table.  After a little clean up with some saddle soap, the table is fine.  Whew.

Opie is on his best behavior today. 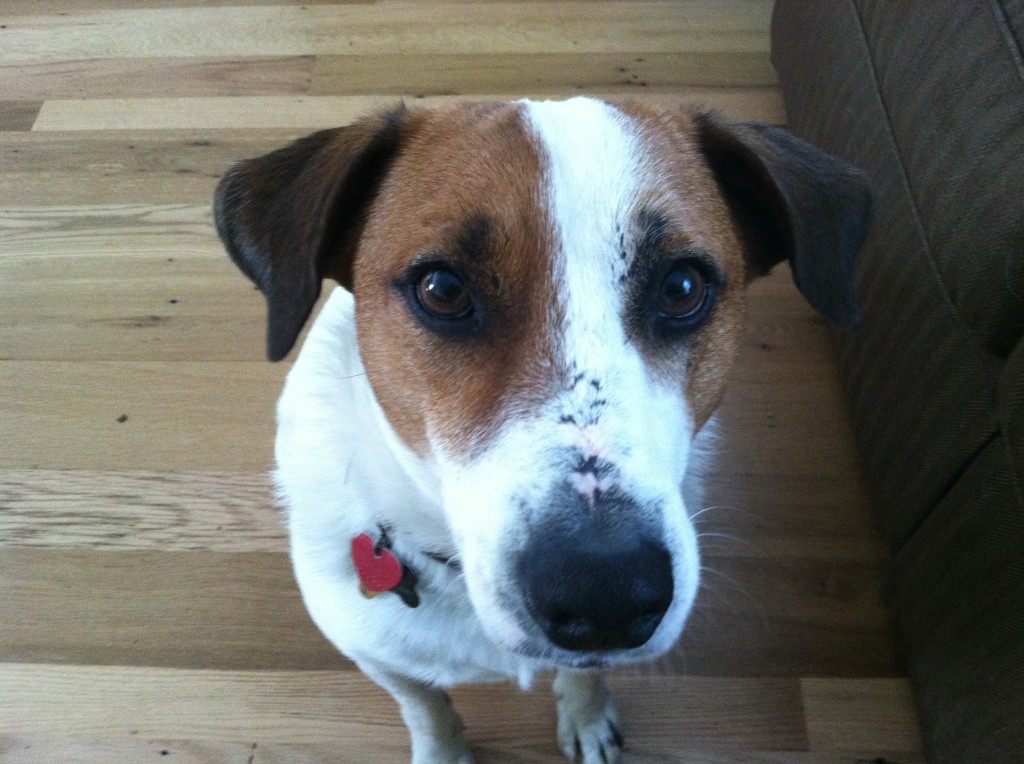