Taking a dresser from dark to light

This past weekend I finished up a dresser refinish for a client and I thought I would share.  Looking over the last bunch of posts, I realized that their hasn’t been much furniture makeover love going on.  So here you go.

When people have questions about what I think about their particular piece of furniture, I always tell them to snap a picture and send it over.  From there I can usually give a guess as to what may be involved and how long it might take to do what they want.  It is so much easier than asking questions like “Is it simple woodwork or are there a lot of curves and scroll things?” or even simpler questions such as “Is it wood?”  You would actually be amazed at how wrong the answers to those questions can be.  I was told one piece was wood, definitely.  I got there to pick it and there wasn’t one single part that was wood.  Seriously.

Anywho, this is the before pic I was sent.  I cropped it a bit as to cut out anything personal in the frame.  I show you this since I completely forgot to take a before pic as usual.  I get so excited to get going! 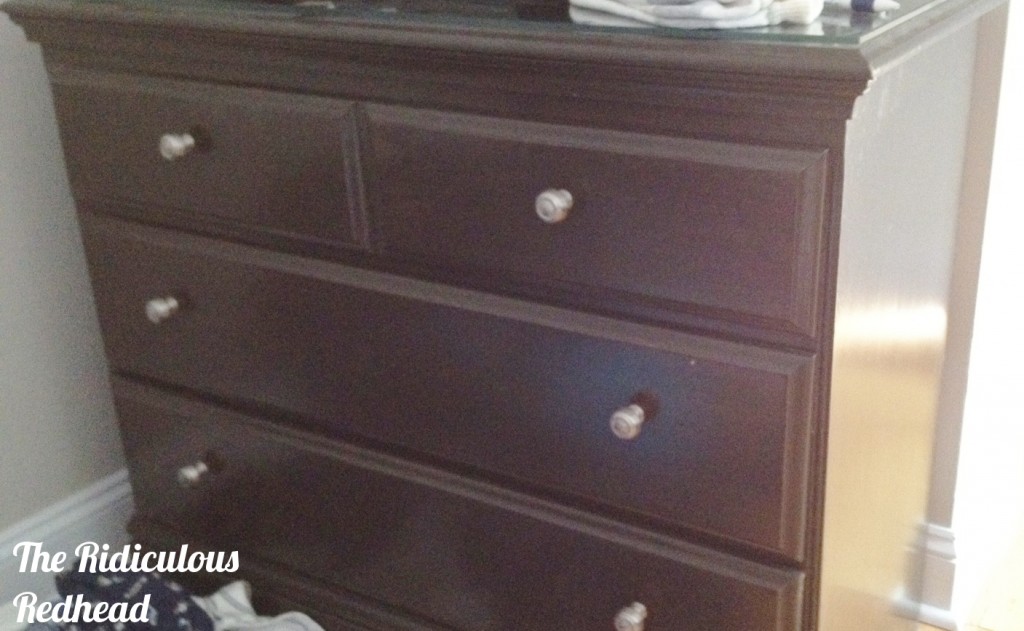 I went to work on it and then remembered about not taking the before picture!  Here is a picture of is covered with Soy-Gel paint stripper. 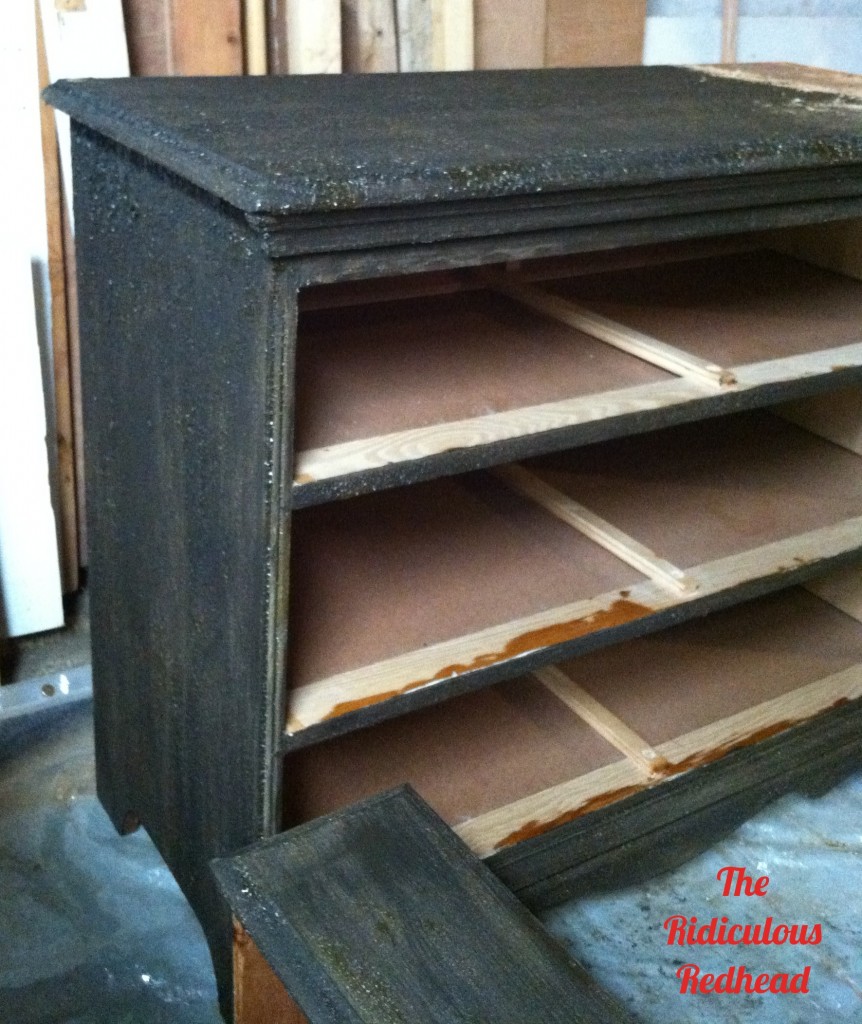 I originally said that I would sand this to remove the old finish instead of stripping it off.  Once I went to get started I realized that were a lot of places that were small and slightly curved and if I sanded them I would a) mess them up and b) need to hand sand.  I don’t like power sanding, forget hand sanding.  It was definitely quicker to throw Soy-Gel on and then do a quick scrape.

After that the dresser was primed and painted using a pale green gray called Silver Drop by Safecoat.  I apologize for the not exactly stylized photo.  I realized about 5 minutes before the client was picking it up that I hadn’t taken an after photo.  I didn’t have time to move the couch out of the way! 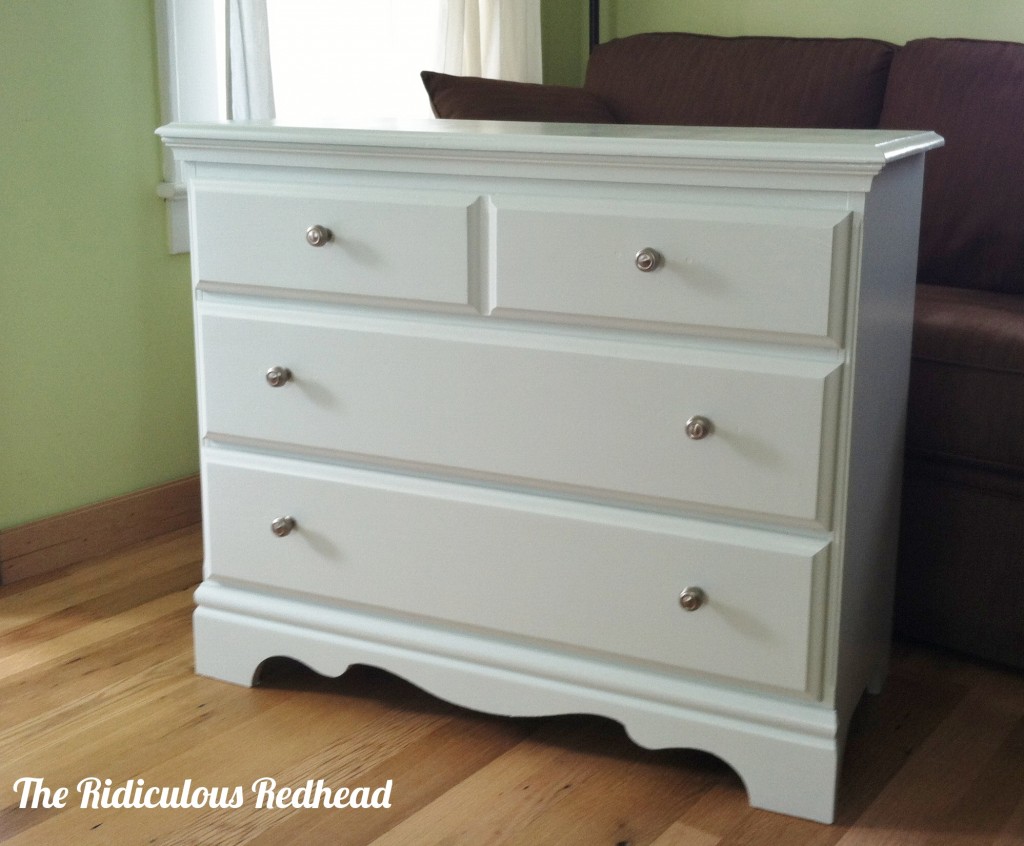