The Ridiculous Redhead > About Us > Introducing Lincoln Arthur

The Ridiculous Redhead November 25, 2013 0 About Us, Opie the Mascot Lincoln, new baby

I would like to introduce you to our wonderful little boy, Lincoln Arthur! 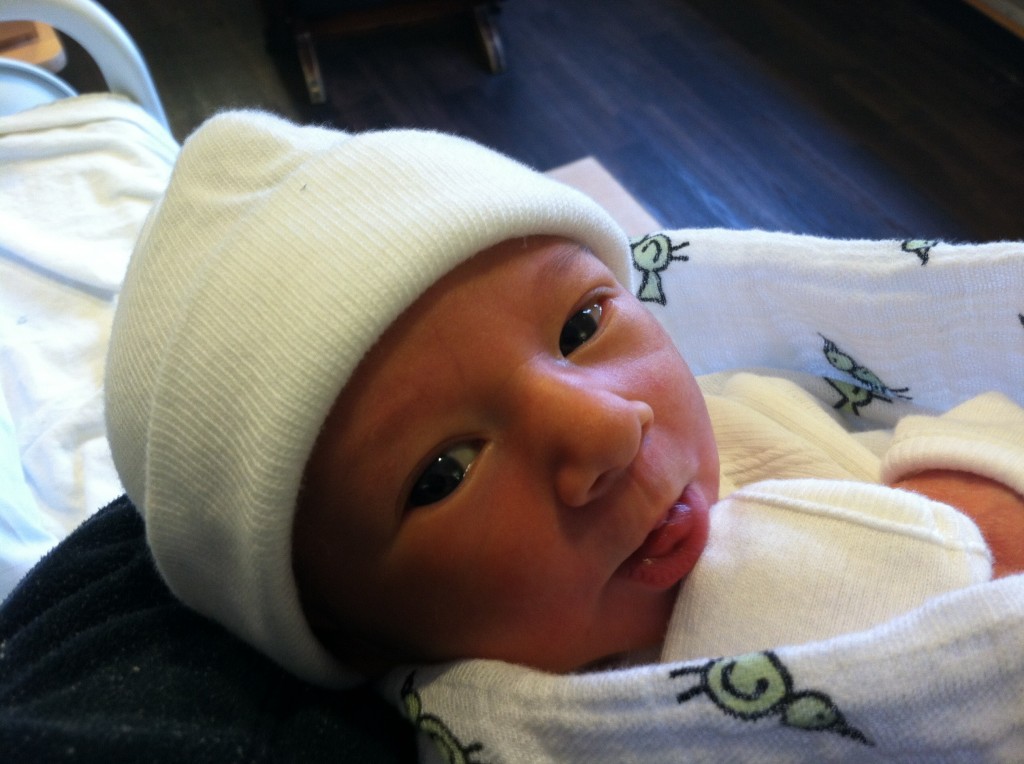 He is now two weeks old and we are so very happy to have him here.  He is such a great baby.

I don’t want any of the other moms to hate me but this kid is great.  He only really cries when he has an actual complaint.  He also sleeps a lot, like we have had a few 5 hour stretches already.  At night.  I woke up and thought, crap he was supposed to eat two hours ago but he seemed almost as happy as mom and dad to still be sleeping.

I know everyone says their baby is cute and I was totally prepared in case we had a weird looking kid.  They don’t always come out in the best shape.  Beyond his head being squished at first, which has figured itself out, he is adorable.  He has his daddy’s big blue eyes which is awesome.  He is very tiny still and none of clothes fit which is pretty cute in itself.

Opie is the best big brother.  He checks on him all the time.  He comes over and licks his face and ears to make sure he’s tidy, and Lincoln never complains.  Whenever people come to visit and are holding the baby, Opie is right there making sure they don’t hurt him.   There are times I have both Lincoln and Opie in my lap together.  It’s pretty cool they like each other and I am really looking forward to them growing up together. 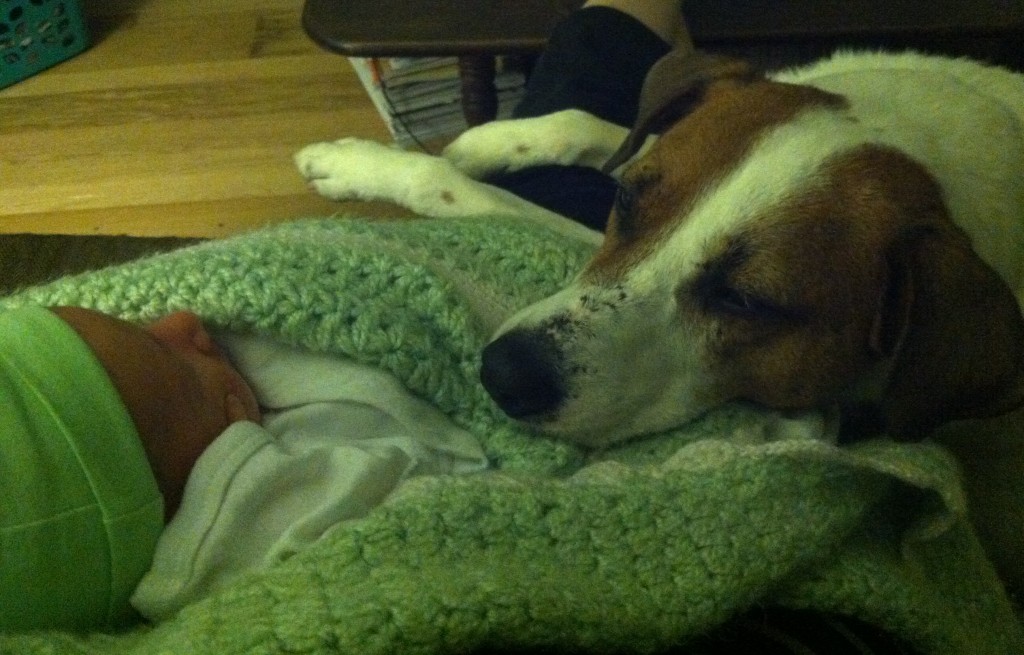 When he was three days old we went to the pediatrician to have him checked out.  We had only been home from the hospital for a day so I thought what could have gone wrong so quickly.  Well he had lost too much weight and was dehydrated because I didn’t have enough milk yet.  We ended up getting admitted to the hospital overnight which involved IV fluids and bloodwork.  I think the worst thing I have ever had to experience in my life was watching the nurse try for the fourth time to put the IV into his little tiny veins that I could barely even see.  I cried like a baby, he didn’t.  For the whole thing he only cried when his diaper got changed.  Like I said, he’s a good baby and we are very lucky.

We are home and are settling in.  He goes for a checkup today so hopefully he has gained weight and all is well.  And then we focus on getting our routine together since I have to find time to work on furniture and signs, and you know, shower.  So far I have been just enjoying having him around.  It’s the little things.  He loves to falls asleep on my chest.  He always sneezes five times (I always sneeze six).  He calms down as soon as I put music on – currently Lincoln and I are in a Lumineers phase.  And most of all I just like sitting here looking at him.