The Ridiculous Redhead > Before & After > The Floor Install

It is very handy to know people who know how to do things.  My Uncle John is one of those people.  He worked refinishing floors for 20 years or so and luckily was willing to help me get the floors done.  Now you may be wondering why I didn’t just do some research and figure it out on my own as is tradition.  Without my uncle I may have thought about it for a whole minute but this is a big job that can easily be screwed up.  And I was still having heart palpatations over the money I spent on the wood so I didn’t want it to all go down the drain.

I must admit the thought of the install had been stressing me out for weeks.  I didn’t know what the hell I was doing and the layout was overwhelming.  I wanted it to look random, like an old cottage and wasn’t sure the best way to do that.  Should we lay it all out and have a plan beforehand?  Should we wing it and hope we don’t end up with a mess?  I was stressed enough to pick a fight with TB which is a rare thing.  Luckily he is so frigging cool that even when he was partially (mostly) right later on he didn’t throw it in my face.

So what we did was go through all the longest boards and divide each into what would fit into which room.  There were boards that were too long to fit in the office so we had to use them in the living room to avoid having to cut them.  I mean how could I cut a 10 foot 100 year old board because of poor planning?  We ended up with three piles: living room, office and stuff under 6 feet. As we installed, TB and I laid out a few rows at a time trying to avoid any repeating pattern and my uncle followed and installed. 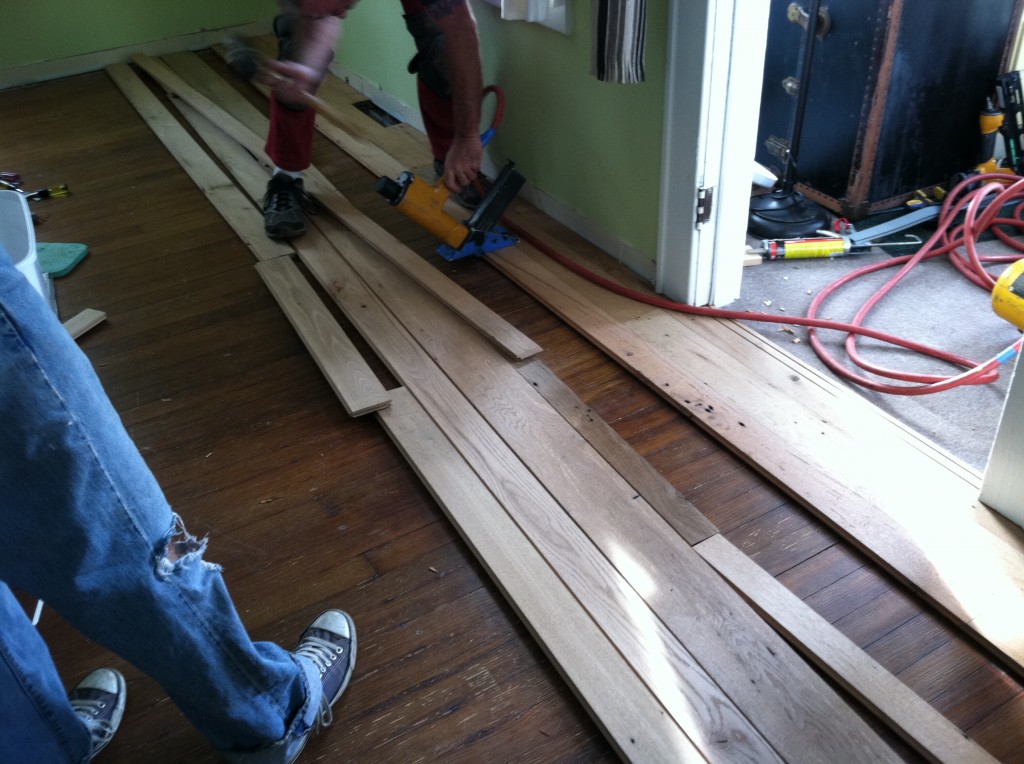 As a word of advice, when someone sends you to the store for a list of things you don’t normally use, take a picture with your camera phone.  Going through the pictures I have taken to show you I laughed at the sequence of shots of construction adhesive and screws I took to remind myself what I needed.

Having someone who really knows what he’s doing can take your floor to another level.  You will see in the below picture, there is a piece of wood with two grooves in it at the door sill.  This was once just a 6 inch wide board that with table saw magic was transformed into a door saddle.  It is slanted to transition to the porch floor and the grooves are for a rubber gasket that will act as weather stripping.  It has also been cut to fit perfectly under the old vertical door trim and looks like it has always been there. 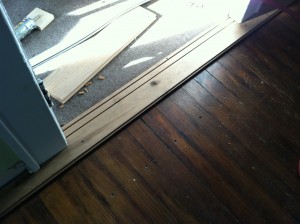 For the transition to the marble door sill in the bathroom, my uncle angled all the ends of the boards so they would fit nice and tight and then lined them up this straight by eye.  It was pretty impressive. 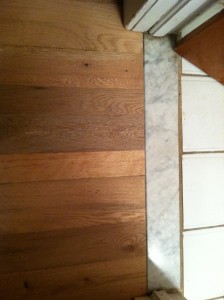 So as we went along, I tried to learn as much as I could by being quiet and watching.  I even got to put some nails in myself. 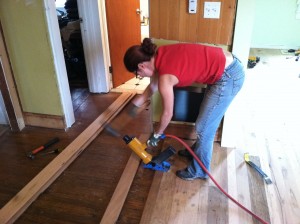 So here is the fully installed floor in the living room / dining room. 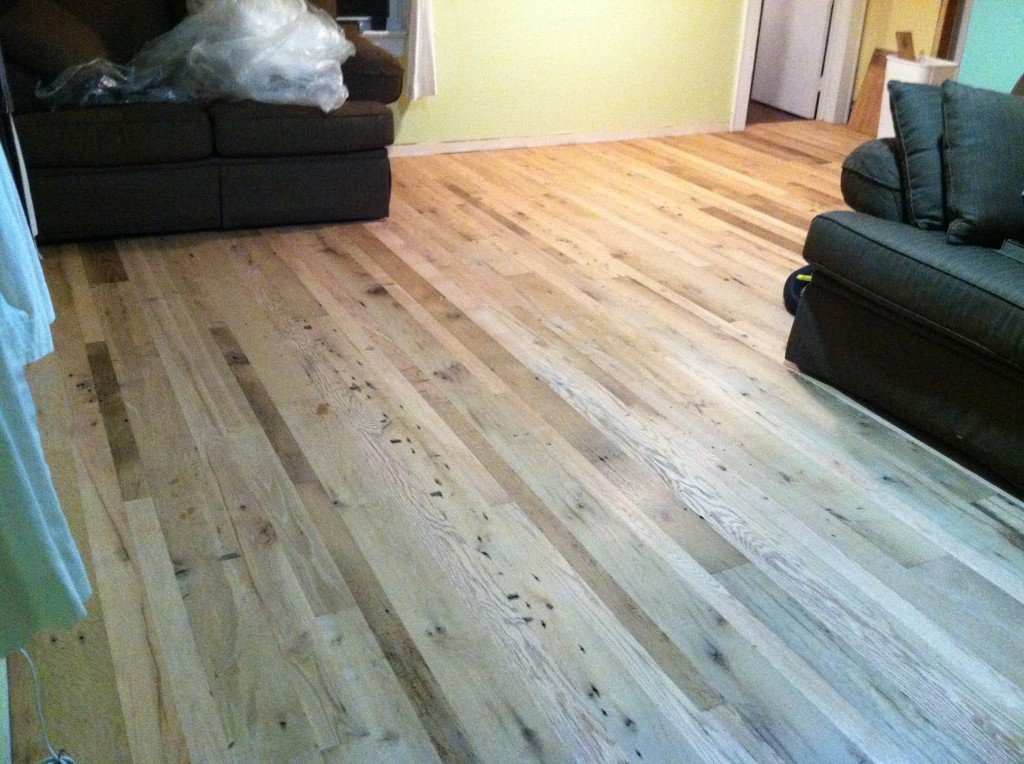 Tomorrow we are on to the sanding and finishing!